A Ferrari was broken in half when the driver lost control and smashed into a lamppost on Friday night in William Nicol Drive in Sandton, Johannesburg.

“She was treated on scene and transported by another private ambulance service to hospital for further treatment,” he said. 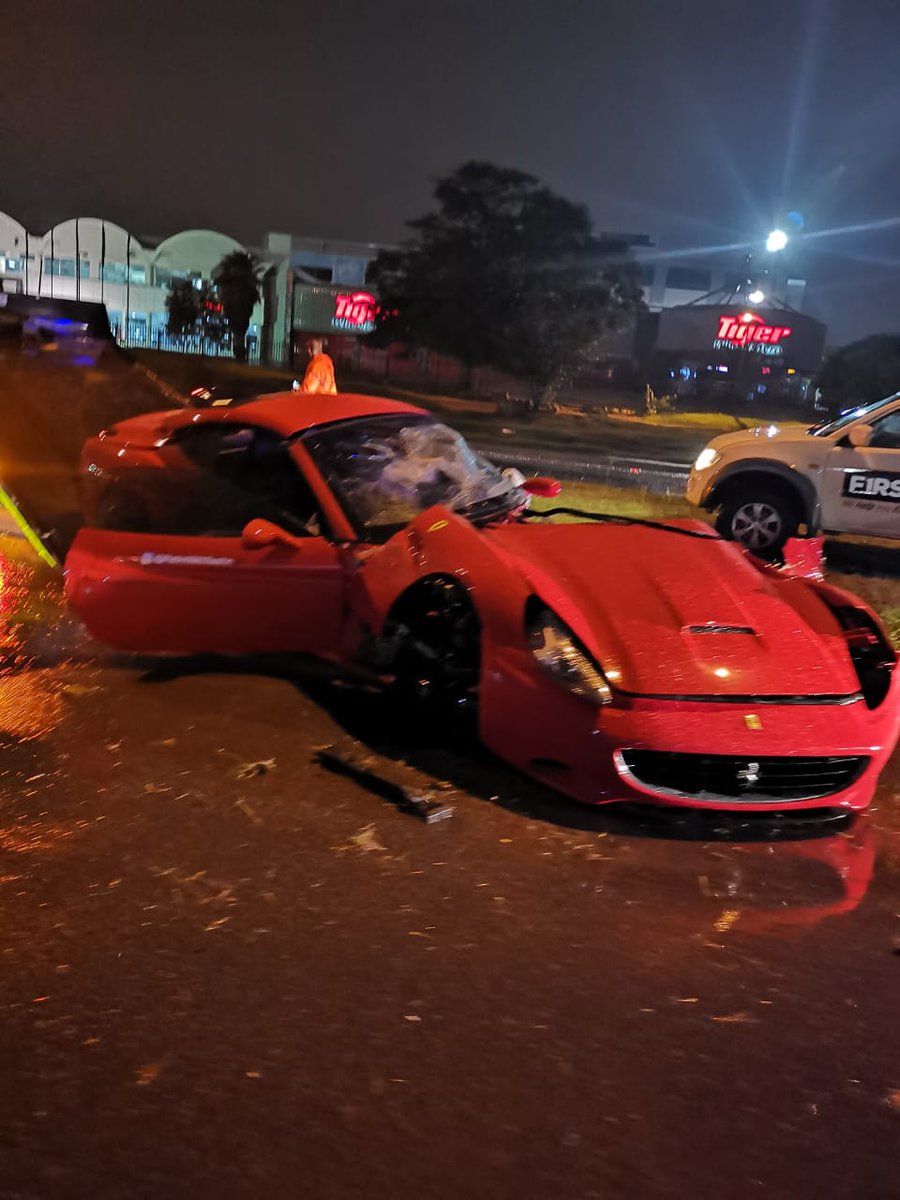 The accident happened around 10.30pm and emergency services were summoned to the scene near the Witkoppen Road bridge, said Herbst.

“Reports from the scene indicate that the driver of a Ferrari lost control in wet weather, crashed into a light pole and came to rest back in the road.”

《Fourways》F01, TM2 and A02 responded to an MVA on William Nicol drive C/O Lonehill Boulevard. On arrival they found that there was only one car involved. Unknown of what happened. A02 transported one patient with moderate injuries to a nearby facility for further care. pic.twitter.com/neuY8WIZUp

Robbie Malinga said to be doing well in hospital

The reason why 58% of SA women fake orgasms?